Warm-up is a basic set of exercises and techniques that make it possible to “work through” the human body to prepare for more powerful. This complex is part of the mandatory implementation of previews for everyone who wants to move to the Alpha control to the master level.

Shaking-reset. Shaking the entire body in all directions on their feet. Reset all kinds of physical, emotional and mental blocks of the body. Restart posibilities.

Ring snake (Simple version). Circular movements of the legs, torso and arms in the alpha and beta planes.

Front large square. Front rider. Feet are wide and parallel to each other.

Looking into the sky. In front of the rider, the body tilted forward and parallel to the floor. Hands on his knees. We look first to the left – up, and then the right and upwards.

Planar heating tendons. Spreading the plane up and down, sideways, forward and back and forth. First three exhalation with repulsion from itself.

Alpha-stretch floor. Stretch out on the floor along the field direction. Hands over your head are helding alpha-plane.

Wiping beta upper plane. In front of the rider, arms at sides. Turning to the right and to the left with a look back.

Wiping beta bottom plane. In the posture of the rider movement and is similar to wipe the table. Circular motion in front of yourself, hands are in beta-plane.

Wiping the alpha plane. Movement with joined palms bottom-up back

Assembly and disassembly of the body. Demolition – arms and legs to the side standing as widely as possible. Labor – sitting curled.

Cotton leg over the head. Mach foot forward until it touches the outstretched and palms upward.

Leg four cardinal points. Kicks back and forth, left and right.

Cat stretch. Bulging of the body lying in the palm. In the emphasis lying on hands as much as possible to raise and lower the buttocks without touching the floor. Perform 10 times.

Static push-ups. Push-ups 10 times. First, in any tempo. Bring to pushups 1 times, but in the mode: one minute – lowering, one minute – the rise.

Static squat. 10 sit-ups in any tempo. Bring squats up to 1 times, but in the mode: one minute – lowering, one minute – the rise.

Gingerbread Man. Hands alpha plane. Forward roll. Stand up after the flip-flop in the same position.

Alpha-wheel. Wheel with a look forward and hands in the alpha plane. Stand up after the wheel in the same position.

Alpha-square. Jump on the floor while holding the  state alpha-control. From the position of seiza and hands are clasped in front of chest in the alpha plane jump rider posture. Jump around its axis by 180 degrees. Jump again to 180 degrees. Jump to the starting position seiza. This is all the time in the hands of the same position.

10 jumps. Jumping in free rhythm, but raising the horizontal thigh and touching his chest in the air.

Alpha-run. Running a small squat while holding the state of the alpha plane.

Cleansing breath. Breathing from the top and down and down, left and right – go ahead with handclaps, and top-down in the gamma-plane.

Walking on alpha planes – north, east, south, west. Put together your hands are in front of the chest. In this position, move in the same direction to realize the state of each side of the beam. A modification exercises with one hand in front of you at chest level, controlling the alpha plane.

Alpha meditation. In different positions: sitting, standing, walking in – be aware of the state of Alpha-plane. 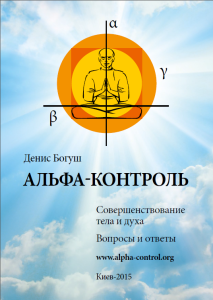